Back to Wrist Services

What is Partial Wrist Fusion?

There are many different types of partial wrist fusions, which is not surprising when you consider that the large number of bones involved in the wrist joint (namely the radius, scaphoid, lunate, triquetrum, trapezium, trapezoid, capitate, hamate bones).

The pattern of arthritis and degenerative change in your wrist will determine whether you are suitable for a partial wrist fusion and which bones should be fused.

Broadly speaking, joints that are very arthritic need to be fused (or removed) and joints that are healthy can be left intact.
The upside of wrist fusions is the preservation of movement.

The downsides of a partial wrist fusion are:

To fuse bones it is necessary to remove the cartilage and joint space between the bones, so a surgical incision is required to gain access to the bones. Usually bone graft will be used to increase the fusion rate. This bone is commonly taken from the wrist that is being operated on, but occasionally a graft from the hip bone (iliac crest bone graft) is used.

Matthan is an internationally qualified orthopaedic surgeon, who is a Fellow of the Royal Australasian College of Surgeons and the Australian Orthopaedic Association.

Have a question or want to book an appointment? 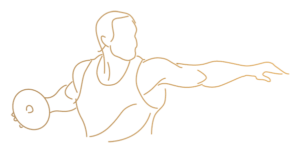 Stay informed on the latest news and updates from Melbourne Arm Clinic.

COVID-19 Update
We remain dedicated to providing excellence in patient care management during these unprecedented times.
Surgery update:
As per updated federal government guidelines (21 April), we will recommence elective surgery from 27 April for category 1 & 2 patients (including joint replacements). We will contact you if you are awaiting surgery to discuss timing of surgery.
New patients:
We continue to assess and treat new patients for any upper limb condition. Please contact our helpful team on (03) 9459 0393 for assistance. Depending on your circumstances we can either see you for a face-face appointment or via Telehealth.
Exisiting patients:
Most of these appointments will be performed via Telehealth. We will contact you prior to your appointment to arrange this.